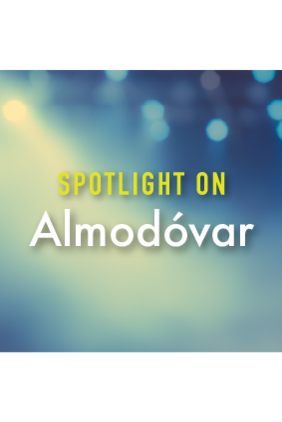 Academy Award winning filmmaker Pedro Almodóvar was born in a small Spanish town in 1949. In the early 1970s, his interest in cinema blossomed and without the funds to attend film school, he saved his money to buy a camera and began making short films with his friends. His 1980 feature film debut, PEPI, LUCI, BOM AND OTHER GIRLS LIKE MOM became a breakout success, and led to an illustrious career with now over 20 feature films under his belt.

Today, Almodóvar is a pinnacle in the cinema industry, with an impeccable repertoire of acclaimed works including PAIN & GLORY, ALL ABOUT MY MOTHER, VOLVER and TALK TO HER.

“Cinema has become my life,” Almodóvar states. “I don’t mean a parallel world, I mean my life itself. I sometimes have the impression that the daily reality is simply there to provide material for my next film.”