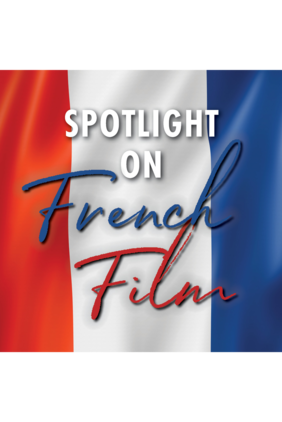 France has been at the forefront of the film industry from the beginning, French filmmaking pioneers August and Louis Lumière invented motion-picture technology and premiered the world’s first movie in Paris in 1895. Since then French cinema has experienced several eras, from the ‘New Wave’ of the 1960s, ‘Le Jeune Cinema’ of the 1990s, to the resurgence of romantic comedies in the early 2000s. Celebrate French Cinema with our collection of films on Angelika Anywhere, starring some of France’s acting treasures – Audrey Tatou, Vincent Cassel, Catherine Deneuve, Jean Dujardin, and Gerard Depardieu.

The Diving Bell and the Butterfly