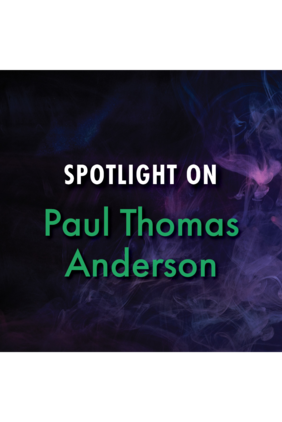 “No matter how many times you do it, you don’t get used to the sadness - for me at least - of coming to the end of a film.” -Paul Thomas Anderson

After being the first kid on his block to own a VCR, Paul Thomas Anderson seemed destined to be a filmmaker. A graduate of NYU’s film school, Anderson leapt onto the scene in 1996 with his first feature, Film Independent Spirit Award nominee HARD EIGHT. From that moment forward, he continued to write and direct such acclaimed titles as INHERENT VICE, PUNCH-DRUNK LOVE, and 2021’s LICORICE PIZZA.

There Will Be Blood